With nearly 500,000 people making Staten Island their home, house fires are bound to occur. As one of the five boroughs of New York City, the Island is at risk for home fires as any other in the vicinity. In fact, in 2017, over a million house fires broke out in the United States.

Whether your home on the Island is a historic one or an upscale condominium, a charming Tudor home or a ranch style house, fire safety is a prime concern. Be prepared with knowledge about what to do if your Island home catches fire. 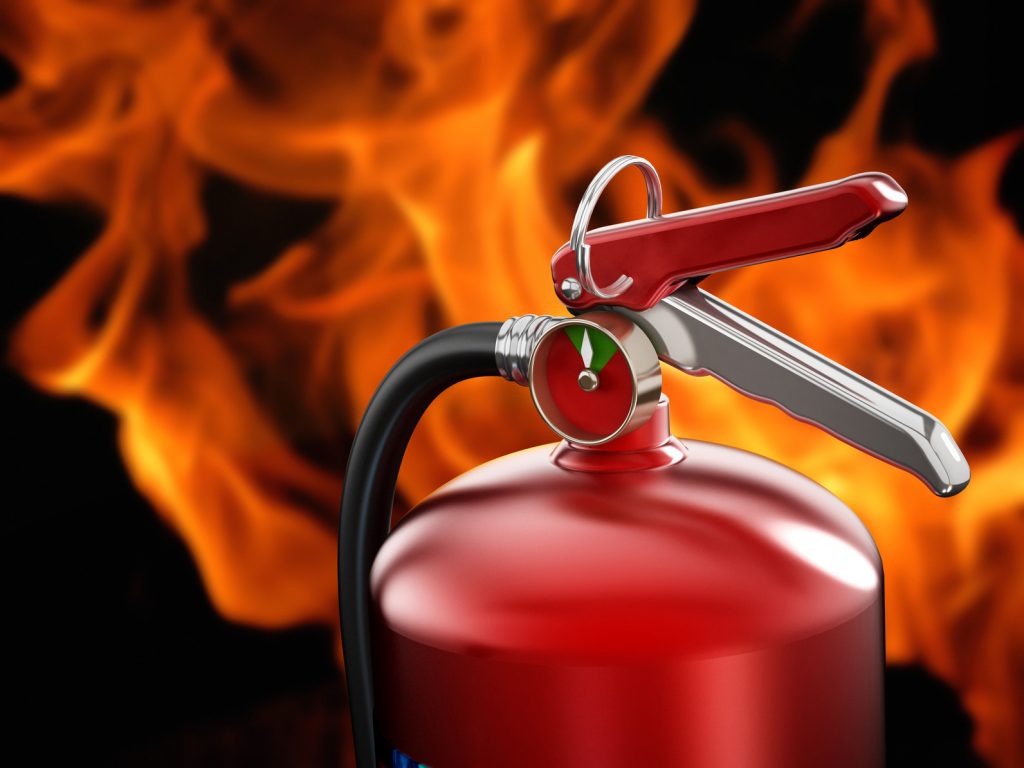 Minor fires may be contained with a portable fire extinguisher, but you should escape immediately from large fires

Grab the extinguisher and use the PASS technique to put out the flames. PASS indicates pulling the pin, aiming the hose toward the fire, squeezing the lever and sweeping in a side to side motion until the flames are completely smothered by the extinguishing agent.

Minor fires may be contained with a portable fire extinguisher, which is an excellent fire protection device. However, a fire that is out of control, such as one that reaches the home’s ceilings or spews unbreathable smoke, should be contained by the fire department.

In an uncontrollable home fire, it is crucial for the home’s occupants to find safety as quickly as possible. The fire’s fumes can overcome the home’s occupants and obstruct attempts to escape; fires produce toxic gases that lead to unconsciousness and lightheadedness if the gases are inhaled.

Prevent the inhalation of poisonous gases by crawling beneath the smoke toward a window or door. Before opening a door, check the door to determine whether or not the doorknob or door is hot. Flames may rage on the other side of a hot door, so seek an alternative exit.

In some cases, the only exit option is an open window on an upper level. While recent news stories report of a woman leaping from her second floor Staten Island apartment complex to escape the ravaging fire in her building, jumping from the roof is a safety risk in itself.

Instead, those trapped in the upper stories should make efforts to alert people and emergency responders of their location. Attract the firefighters’ attention by waving sheets outside the window. Firefighters who are aware that people are still inside the burning building will rescue the occupants.

When surrounded by flames, put into practice secondary safety precautions. Towels and blankets should be doused with water and wedged around the door cracks. Cover vents with wet clothing to prevent smoke from entering the room. Never attempt to pass through the fire.

Once outside of the blazing home, it is critical to move as far away from the home as possible. The burning fire may engulf the roof or siding, causing these structures to collapse around the perimeter of the home. Avoid standing around the home to protect yourself from falling debris.

Firefighters respond quickly once the 911 call has been placed. Use a cellphone to make the 911 call once you are safe from the flames. If a cellphone is unavailable, call 911 from a neighbor’s home. Stay on the phone until the 911 operator signals for you to hang up.

Staten Island is equipped with 19 fire departments. Although emergency responders are plentiful on the Island, preventing fires and recognizing life-saving actions when a fire occurs are important. Fires can be prevented from consuming the property when a few fire prevention tips are adhered to.

Install smoke alarms on every level of the home. Regular maintenance, which includes replacing the batteries once a year and conducting monthly battery tests, is necessary for these life-saving devices to function properly. When cooking, do not disable the smoke alarm.

Homes may be fitted with automatic sprinklers as an added protective device. When turning in each night, close the bedroom doors. To keep a fire from destroying valuable documents, retain digital copies. Practice fire safety drills in the home (just like at work or school) and involve the whole family.

In the aftermath of a fire, consult Staten Island’s most trusted fire and smoke damage restoration company, ServiceMaster Restoration by Complete. Skilled technicians respond within one to two hours of your call; speedy response times help prevent soot and smoke damage from spreading.

ServiceMaster Restoration by Complete utilizes proven methods to safely and effectively restore a fire-damaged business or home of any size, from apartment complexes to multiple-story homes. Our fire and smoke damage restoration specialists start with a thorough emergency pre-cleaning. Content cleaning and pack outs are included in our comprehensive services. Wall and ceiling cleanings remove tough stains that result from soot and its corrosive byproducts. A final deodorization eliminates the foul odors produced by char and smoke.

Fire and smoke damage are emergency situations that require an immediate response. ServiceMaster Restoration by Complete is fully prepared with highly trained, skilled and experienced technicians and advanced equipment to restore any fire-damaged property to its pre-damaged condition.

ServiceMaster Restoration by Complete dependably serves residential homeowners and commercial business owners in Staten Island and Brooklyn, New York, and Somerset and Middlesex counties in New Jersey. Our fire damage cleanup company is ready to dispatch an emergency response team to your home or business 24 hours a day, 365 days a year.

What’s the Difference Between Mold and Mildew?

Besides pests, mold infestations are one of the greatest fears of a homeowner. It can…

How to Reach Out and Help a Hoarder