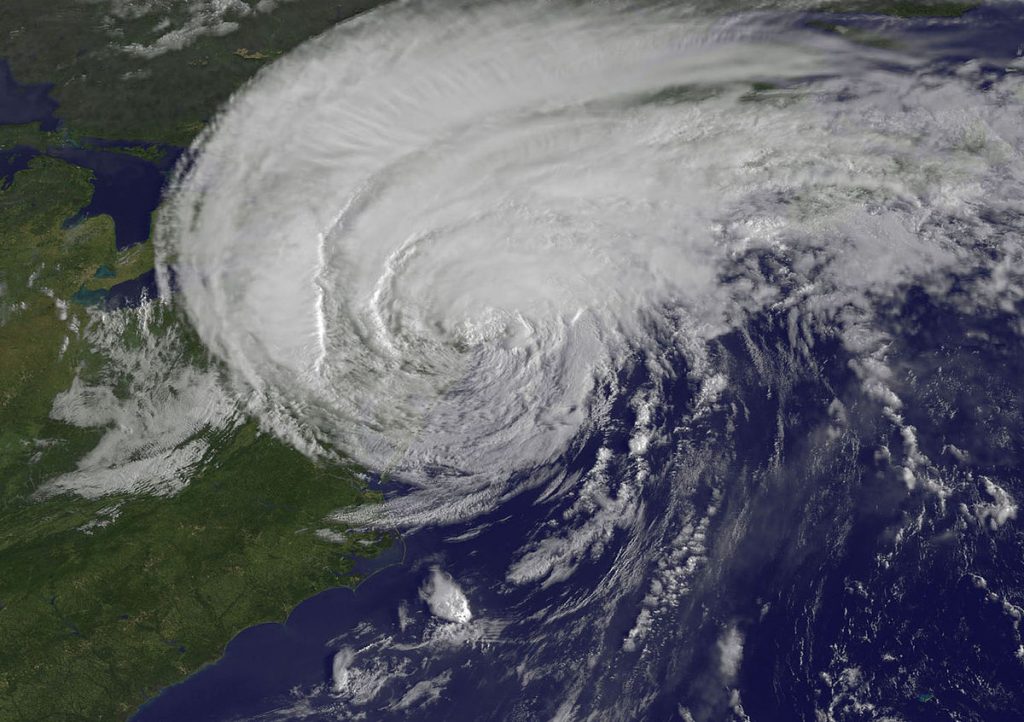 This week, we return with our series 10 Biggest Disasters in the History of New York City with a closer look at what was the first major hurricane of the 2011 Atlantic hurricane season; Hurricane Irene.  Hurricane Irene made 9 different landfalls as it moved from the Bahamas as far north as Vermont and it resulted in 58 deaths and $14.2 billion in total damage.

Hurricane Irene started as a tropical wave from the African coast on August 15, 2011 and by August 21, it strengthened into a Category 1 hurricane.  It made its first landfall on the Caribbean island of St. Croix and made its final landfall on August 27 in Brooklyn, NY.  On August 29, Hurricane Irene became an extratropical cyclone that hit Vermont and the storm dissipated by August 30.

While Hurricane Irene is not one of the strongest hurricanes on record, topping out at a Category 3 storm before hitting the Bahamas, it did cause property damage and loss of life over a very large path from the Caribbean up the East Coast.  The areas of the U.S affected by Hurricane Irene felt the largest impact as 48 of the 59 total deaths occurred in the U.S. as well as $13.5 billion in damage.  Hurricane Irene not only brought flooding and strong winds everywhere it made landfall, but the storm also spawned isolated tornadoes that caused damage in areas not directly hit by the storm.

For our purposes, we are going to focus on the effects that Hurricane Irene had on the New York City area and southeastern New Jersey.  Hurricane Irene weakened to a tropical storm when it made landfall in New York and New Jersey, but these states still experienced significant flooding and property damage as well as deaths from the storm.  New Jersey was among the hardest hit areas in terms of inland flooding.  In this guide, we will take a closer look at the formation and movements of Hurricane Irene, the damage it caused in New Jersey and New York, and the aftermath.

The New York and New Jersey areas are highly vulnerable to major storms as evidenced by Hurricane Irene and Hurricane Sandy the following year.  At ServiceMaster Restoration by Complete, we are ready to help those in Staten Island, Brooklyn, and the surrounding areas in New Jersey with our flood and storm damage repair services.  Our technicians can help homes and businesses that have sustained damage from a major storm including hurricanes, flooding, and tornadoes.  We will work diligently to get your property restored in the aftermath of a storm, no matter the extent of the damage. 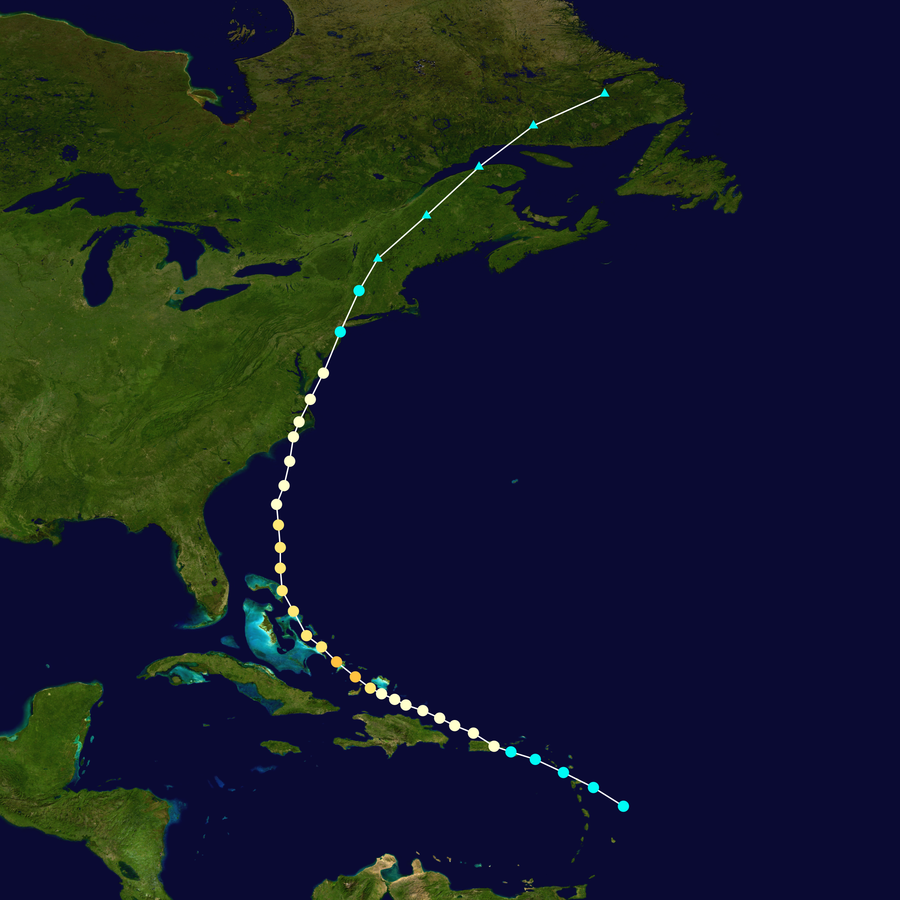 The path of Hurricane Irene (photo courtesy of wikipedia.org)

The cyclone that formed from the tropical wave intensified as it headed towards the Lesser Antilles in the Caribbean and on August 20, it was upgraded to Tropical Storm Irene.  Two days later, the storm passed St. Croix island and made landfall in Puerto Rico with 70 mile an hour sustained winds.  The storm was upgraded to a Category 1 hurricane shortly after first making landfall.

Irene returned to the Atlantic late on August 27 near Chesapeake Bay, VA and was downgraded once again to a tropical storm.  Tropical Storm Irene then made its second landfall the morning of August 28 in Brigantine, NJ.  Southeastern New Jersey was hit with 70 mph winds and just 3 and a half hours after making landfall, the storm reached Coney Island in Brooklyn, NY with 65 mph winds.  Irene kept its strength as it moved over the New Hampshire and Vermont border in New England.  By the morning of August 29, it was declared an extratropical cyclone and on August 30 it was absorbed and dissipated by a frontal system as it continued to move northeast from New England.

In preparation for Hurricane Irene, every state on the east coast from Florida to Maine took action.  Residents secured their homes and stocked up on supplies, many evacuated the coastal areas for inland shelters, state governments declared hurricane warnings, and games for Major League Baseball and the NFL were postponed.

Then Governor of New Jersey Chris Christie declared a state of emergency as Hurricane Irene approached on August 25 and began ordering evacuations throughout the state.  Towns along the Atlantic shore, including Atlantic City, were evacuated as well as communities in Ocean County and the Barnegat Peninsula.  Those in Hudson County were also advised to evacuate before the storm hit.  President Obama declared a national emergency concerning Hurricane Irene on August 27 and sent 1,500 National Guard troops to New Jersey.

On August 26, Governor or New York Andrew Cuomo declared a state of emergency and ordered mandatory evacuations for parts of New York City.  Shelters were created to help New York City residents and FEMA and the Department of Homeland Security were commissioned by Obama to help with the disaster relief efforts.  Around 2,000 National Guard troops were deployed in New York and the Metropolitan Transportation Authority (MTA) was completely shut down in anticipation of high tides and a storm surge.

Hurricane Irene affected parts of 15 different states, caused 7.4 million homes to lose power, resulted in extensive coastal flooding, formed isolated tornadoes, and caused many different rivers to rise and flood.  Throughout the affected areas, homes and buildings were damaged, powerlines were knocked over, trees were uprooted, and large areas experienced significant flood damage.  In total, the storm caused $13.5 million in damage and cost 48 people their lives in the U.S.

Hurricane Irene made landfall in southeastern New Jersey, but the most damage occurred north of where the storm made landfall.  Torrential rain caused eleven rivers in the state to rise to record levels which resulted in significant flooding.  The flooding closed main roads including Interstate 287, Garden State Parkway, and the north tube of the Holland Tunnel.  The wet ground from the flooding made it easier for the wind to knock over powerlines and uproot trees which blocked important roads and caused damage to many area homes and buildings.  Around 1.46 million New Jersey residents lost power as a result.

New York City itself managed to avoid major damage, but still experienced significant flooding from the Hudson River.  Towns throughout Long Island also experienced flooding that made it impossible to drive on certain roads.  The Ramapo River also flooded, and it took nearly three months for the Port Jervis Line to resume service.  In the surrounding areas of Nassau and Suffolk counties, strong winds knocked down trees and powerlines, causing a power outage for many homes and businesses.

Sewage treatment plants were overwhelmed by the flooding and storm runoff, causing sewage to get into the flood water.  Many areas throughout the Hudson Valley experienced significant flooding mixed with sewage, with some areas seeing as much as eight feet of water.  Flash flooding occurred in nearby areas, including the northwestern Catskill Mountains which caused widespread property damage.  Many homes were water damaged beyond repair by the flooding.

The small town of Prattsville, NY experienced devastating damage when Schoharie Creek flooded.  Every business located in Prattsville experienced damage from the flooding and more than 100 homes were damaged to the extent that they either collapsed, were condemned, or became too damaged for their residents to return.  While Prattsville was considered the hardest hit town in New York by the storm, there was not a single fatality.

Impact of Hurricane Irene in New York and New Jersey

Both states experienced significant damage from the flooding and strong winds brought by Hurricane Irene.  In New Jersey, the storm resulted in seven deaths and about $1 billion in damage.  Approximately 6,000 residents were displaced by the storm and over 30,000 people filed for assistance claims through FEMA.  Nearly $38 million in claims was paid out within two weeks.

In New York, Hurricane Irene resulted in $296 million in damage and 10 deaths.  Irene is one of the costliest storms in New York history, second only to Hurricane Agnes that hit New York in 1972.  Many homes and businesses were damaged or destroyed and there was also crop damage over 145,000 acres that was estimated at about $45 million.  In many affected areas, it took months for public transportation to resume normal operations. 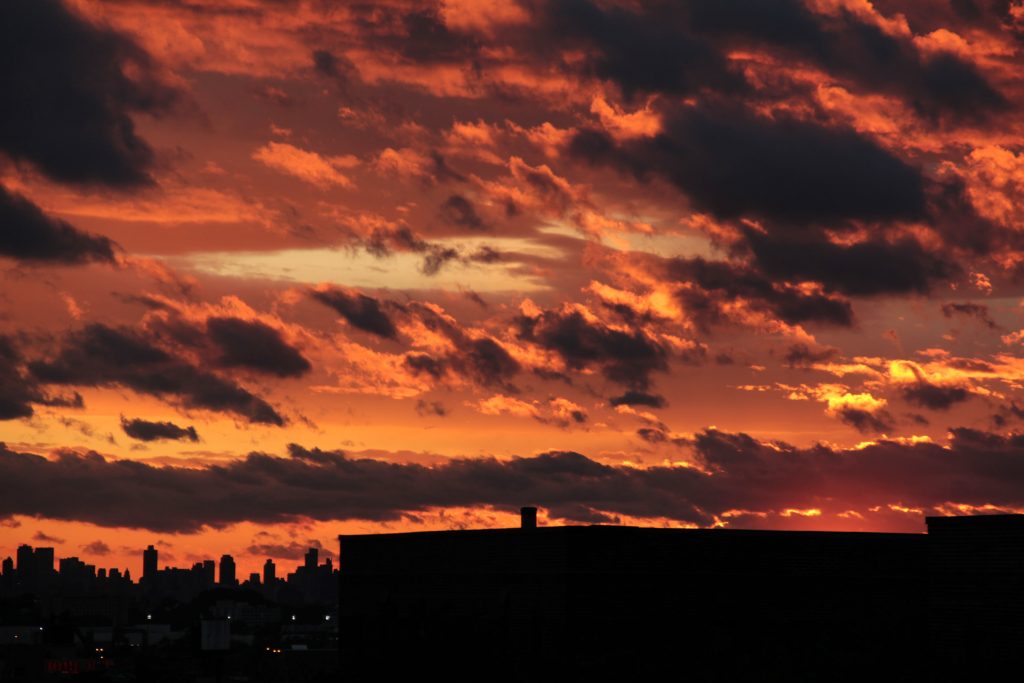 Hurricane Irene brought strong wind, torrential rain, and flooding to the affected areas, and much of the damage and deaths were due to flooding.  In many areas, the flooding was severe enough to destroy homes and buildings and shut down major lines of public transportation.  Millions of dollars were paid out by FEMA and insurance companies to help residents recover from the damage.

At ServiceMaster Restoration by Complete, we can help those in Staten Island and Brooklyn, NY and in Essex, Middlesex, Somerset, and Bergen counties in New Jersey who have experienced damage from a storm with our flood and storm damage restoration services.  Our technicians are trained and equipped to restore damage from extensive flooding, and we are ready to assist with flooding catastrophes like that caused by Hurricane Irene.  We will help start the damage recovery process to restore your home and help bring you some peace of mind in a difficult and overwhelming situation.

How to Protect Your Home from Spring Storms in New Jersey

Spring weather, especially in New Jersey, is unpredictable and can cause property damage and weather-related…

How to Prepare for Fall Storm Season in New Jersey: Tornadoes, Hail, and Flooding